November and December has been busy as usual. I have been away from home on several different trips.

The first trip Michael took me to Leavenworth, WA on Thanksgiving weekend. It was beautiful there and of course many fun events happened. Some odd ones that turned out rather nicely and others that I will always remember. Here is a picture Michael took with his tripod one evening. I was very cold as it was 20 out and Michael seemed to not get the picture exactly as he wanted too very quickly! 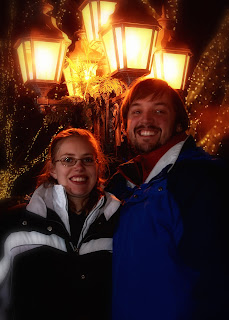 The next weekend we were off to compete at Eukanuba. Evan had to come down with us this year, so we promised him a day at Disneyland! Here are the only three pictures I took from that day of fun! We literally wore out the poor boy as he was a walking zombie by the end of the night and hardly got back to the car. I always enjoy visiting Disneyland, even if I was banned this year from most of my favorite rides due to being pregnant! 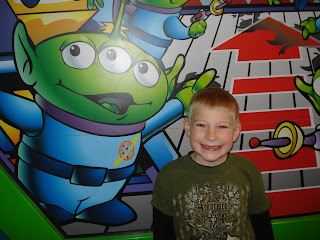 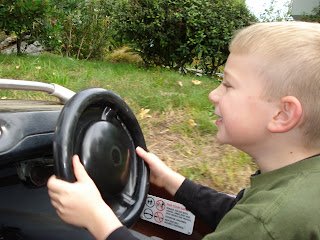 The auto ride was Evan's favorite. 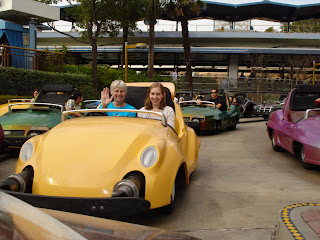 In the dog world...as many of you know already, Nola ended up having a false pregnancy or ??? Your guess is as good as mine as we palpated and felt puppies then she just didn't have them. A good thing in my mind as I really didn't want to deal with a litter of puppies.
In other dog news...Jenny and I have been busy taking herding lessons. I have been training Lucy and she has been training Splash. 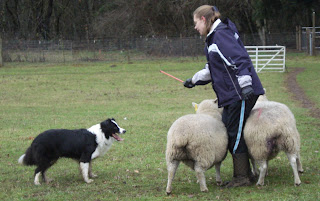 Lucy is still a princess show dog...yes she stops in a free stack! 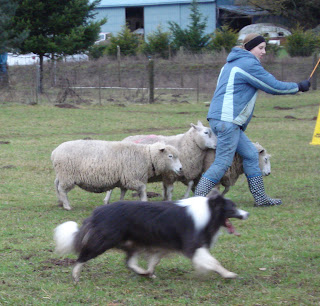 One of my favorite shots of Splash. I love this dog on the move and just don't think he has been recognized enough. His first litter has the same gorgeous flowing movement.

Well those are the updates for now. Happy Holidays to all and safe travels to those traveling during these next couple of weeks. :-)